America Spends Over 12 Billion a Year On Aesthetic Plastic Surgery

America Spends Over 12 Billion a Year On Aesthetic Plastic Surgery 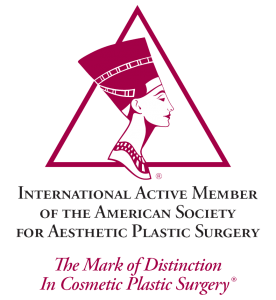 If the popularity of cosmetic surgery in Newport Beach, Orange County, CA is anything to go by, it comes as no surprise that America spends over 12 billion dollars a year on aesthetic plastic surgery. Renowned plastic surgeon, Dr. Hisham Seify, of Newport Plastic, confirms that there has been a spurt in the cases coming to him for plastic surgery in the Newport Beach area, particularly as procedures like buttock augmentation become more popular. The latest report from The American Society for Aesthetic Plastic Surgery (ASAPS) indicates that men and women across the country continue to spend billions each year on improving their looks and streamlining their body contours, in a trend that we saw last year as well. Their data indicates that 10 million cosmetic surgery and non-surgical procedures were performed last year.

The highest volume growth year-on-year between 2014 and 2013 was for buttock augmentation which grew a whopping 86%. Labiaplasty too, had many more takers with a rise of 49%. Non-surgical fat reduction was the third big gainer with 42% more procedures in 2014. Meanwhile, some traditionally more popular treatments remain in the top 5 but saw a slight drop in numbers. These include injectables which dropped 6.5%, photorejuvenation which went down 18.9%, breast augmentation too dipped 8.5% and ear surgery 12.3%.

The top cosmetic surgery procedures in volume terms is indicated below.

Liposuction ruled the roost with a staggering 342,494 procedures conducted to help men and women streamline their bodies. Tummy tucks were conducted 164,021 times. Breast Augmentation saw a dip in volume terms over the previous year, but stayed strong at 286,694 procedures. Eyelid Surgery had many takers and data indicates 165,714 procedures were conducted in 2014. The 5th most popular cosmetic surgery procedure was the nose job or nose surgery, with plastic surgeons conducting 145,909 procedures.

Quick and easy aesthetic enhancements continue to grow in popularity, with these procedures lining up at the top.

Botulinum Toxin was most popular with nearly 3.59 million procedures in 2014, making it the most commonly requested aesthetic plastic surgery (both surgical and non-surgical) for the year. Hyaluronic Acid saw less than half that volume, but was a sizeable 1.69 million. Hair removal, Chemical peels and Microdermabrasion make up the rest of the top 5, with 828,480 procedures, 484,053 procedures and 417,034 procedures respectively.

ASAPS data going back to 1997, shows a huge change in the number of men coming in for cosmetic surgery. This year’s figures indicate a growth of 273% over the original numbers. As per the report, between 2013 and 2014 alone, the number of men getting surgical as well as non-surgical cosmetic procedures grew by 43%. As society adapts and grows, men too, have realized the importance of grooming and retaining a youthful appearance. It is no longer taboo for a man to be concerned about aesthetics, and more and more men are approaching good cosmetic surgeons like Dr. Hisham Seify in Newport Beach, Orange County, CA and beyond.

As men begin to open up to the idea of using plastic surgery to improve their physique and aesthetics, male breast reduction has grown in popularity with an increase of 33% over 2013. Blepharoplasty has seen a growth of 34% over 2013, and the number of facelifts is up 44%.

Less invasive non-surgical procedures and visit to a day Med-Spa, are becoming more common. Botox usage among men is up 84%, Hyaluronic Acid procedures have grown 94%, non-surgical skin tightening by 37% and Intense Pulsed Light cosmetic procedures by 44%.