Breast Cancer ¦ Radiation of Whole Breast Believed to Be Best 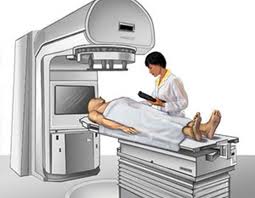 Breast cancer diagnosis brings about many decisions that need to be made. Some of the decisions are centered on surgery options as well as radiation treatment. According to an industry article radiation of the breast can have varying degrees of effectiveness. According to the article women who receive a type of partial-breast radiation called brachytherapy could subsequently  have increased rates of breast cancer recurrence and additional side effects including  breast pain and infection when compared to women receiving whole-breast radiation, a new study claims.

Brachytherapy is becoming a very popular treatment option for women with early-stage breast cancer who have had a lumpectomy, which is breast surgery that removes only the part of the breast with the tumor and affected margins. The treatment, which includes inserting a radioactive pellet in close proximity to lumpectomy site, could be as short as one or two weeks, contrasting with the six-week course of whole-breast radiation, which directs beams of radiation at the entire breast. In the existing study, which was published in the May 2 issue of the Journal of the American Medical Association, researchers analyzed the rates of mastectomy (surgical removal of the breast), mortality and complications following brachytherapy in comparison with whole-breast radiation from national Medicare records of women aged 67 and older between 2003 and 2007. Although brachytherapy patients endured more complications and ultimately had more mastectomies, which meant they had recurrent breast cancer, there wasn’t a difference in survival rates between the two groups five years after treatment.Radiation fir breast cancer in general has complications and a mastectomy could be an easier long term option “There is nothing in our study saying that a woman should not choose brachytherapy if they want the convenience, but I think it is helpful for women to think about the trade-offs, such as higher rates of mastectomy, postoperative complications and infections,” said study author Dr. Benjamin Smith, a radiologist at University of Texas M.D. Anderson Cancer Center, in Houston.


Warning: Use of undefined constant PWP_NAME - assumed 'PWP_NAME' (this will throw an Error in a future version of PHP) in /home/customer/www/newportplastic.com/public_html/wp-content/mu-plugins/mu-plugin.php on line 148