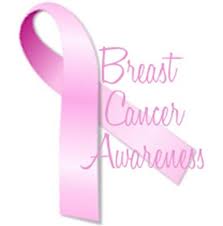 Breast cancer charity organization, Susan G. Komen for the Cure, recently came under fire for exaggerated claims according to some researchers. According to recent online article researchers claim that the organization exaggerates the benefits of mammograms yet minimizes the potential harms and risks. According to the article the claims focused on a 2011 advertisement that quoted a five-year survival rate for breast cancer of 90% when it is detected early, yet only 23% when it is not detected early. Dr. Steve Woloshin, co-author of the article challenging the charity says “the statistics are deceptive.”

The article appears online in the BMJ and stated that a woman in her  50s who regularly goes for her screening mammogram yearly for 10 years only reduces your chances of dying by fraction of a percentage point. According to the article for every 10,000 women who were screened only seven deaths are prevented. The researchers explain the discrepancy by reiterating that statistics only calculate how long a woman lives following breast cancer diagnosis. The article also reports that for every woman whose life is saved by a mammogram, between two and 10 women are misdiagnosed, meaning they’re told they have cancer when they do not.

Often they are treated with unnecessary surgery. The article also feels that the charity minimizes the harms that can come as a result of over diagnosis or misdiagnosis.  The medical community as a whole tends to agree that there is a benefit to mammography. Dr. Stephanie Bernik, chief of surgical oncology at Lenox Hill Hospital in New York City, reinforces the charity’s position for breast cancer screening. “As physicians, we feel that breast cancer screening is extremely beneficial,” she said. “Screening does save lives, but it’s probably not as dramatic as it’s sometimes made out to be.” Dr. Seify encourages women to consult their primary care physician and follow the recommendations after careful consideration of the pros and cons of mammography. Dr. Seify encourages his cosmetic breast surgery patients including those who have had breast augmentation with silicone or saline implants, breast lift, or breast reduction to share that information with their primary care physician when discussing their plans for breast cancer screening. It is significant for patients to realize that their breast health plan should remain consistent even though they have had cosmetic breast surgery. Early detection remains the best form of defense for breast cancer treatment.