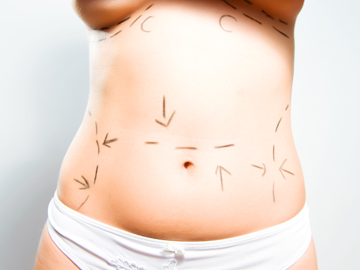 According to a poll reported by News Medical, 70 percent of plastic surgeons use fat grafting techniques for breast reconstruction. Over four hundred fifty-six plastic surgeons answered the survey that was taken in July 2013 for the issue of Plastic and Reconstructive Surgery, the official medical journal of the American Society of Plastic Surgeons.  The technique used to be uncommon and “once discouraged,” but “fat grafting to the breast is an increasingly common plastic surgery technique, according to a new report.”

Of the 70 percent who use the fat grafting technique for breast surgery:

Despite some acceptance about the positivity of the fat grafting technique, there are some drawbacks to reconsider. Like the potential difficulty of early diagnosis of breast cancer. On the other hand, “more recent studies have reported that fat grafting on the breast provides very good results. Those studies also reported that changes seen on mammograms are easily distinguished from abnormalities related to breast cancer.”

Room for Improvement for Breast Surgery

The other main concern with fat grafting is the patient’s ability with retention of the transplanted fat cells. But, the percentage show that fat grafting is gaining popularity and some plastic surgeons say there is room for improvement. Some plastic surgeons say that there is a “need for further studies to establish optimal techniques for maximizing fat graft retention and patient satisfaction with the results.”

Want another alternative to fat grafting?

At Dr. Seify’s practice, although there are merits to the fat grafting technique, he uses his own technique that does not require any additional invasive procedures such as obtaining fat from other body parts. His tissue expander and implant technique is a great option for those who do not have enough fat on other body parts. Also, this technique can be used by patients going under chemotherapy (the permanent implant goes in after the expansion phase and is cleared for another operation, after a month of chemotherapy). If you feel this is right for you, contact Dr. Seify’s office to make an appointment for a consultation for a breast surgery or another type of surgery.