Got Fat? Sugary Drinks Could Be to Blame 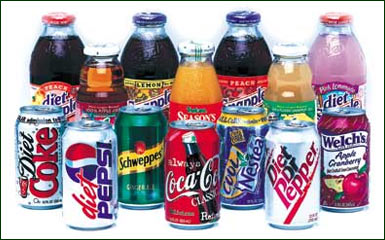 The obesity epidemic in the United States has been the topic of discussion for quite some time now. One state has banned sugary drinks an effort to curb obesity within their state. According to a recent article there is medical evidence that supports the likelihood of sugary drinks adding inches to the waistline. According to the article researchers at the VU University of Amsterdam study more than 400 schoolchildren. All of the participants drank sugary drinks on a routine basis. They were assigned one eight ounce can per day of either a 0 cal noncarbonated beverage, an artificially sweetened beverage, or sugar containing noncarbonated beverage. Throughout the study each child drank approximately 6 cans a week for 18 months and researchers carefully measured the children by height, weight, skin fold thickness, weight circumference, fat mass, and urine samples. They discovered that by replacing a sugary beverage with one that is sugar-free reduced weight gain and fat accumulation. In general the children in the sugar-free group gained 35% less body fat and weight on average 2.2 pounds less than their counterparts who consumed sugary beverages. Diet sodas with artificial sweeteners did not prove to be a healthier choice. While these studies were performed on children the reality is that sugary beverages are not healthy for people of any age. Women who are approaching menopause are often dealing with weight issues that are based on hormonal changes. Something as simple as drinking soda, can make a marked difference in weight gain. Dr. Seify explains to patients that while body contouring procedures like liposuction and abdominoplasty are not weight loss procedures, patients who choose these procedures early on before weight becomes a problem. can benefit from the procedures. Liposuction helps with body contour by removing small amounts of fat. Abdominoplasty removes loose and lax skin from the abdominal area creating a flatter and more aesthetically pleasing abdomen. It is advised that patients are good about diet and exercise to maintain the results for a lifetime. Dr. Seify encourages patients who are considering body contouring procedures to contact the office and schedule a consultation to see which body contouring procedures are best for them.